Bought a bike during the pandemic? Time to go bikepacking

Have you ever heard about bike packing? Perhaps you want to get away, but are not ready to hop on a plane but want a different kind of staycation? With summer pretty much here, it’s time to prepare already! From packing to routes, here’s everything to consider on a trip, according to experts. California is a recreational playground offering outdoor enthusiasts a wide range of mountain bike trails. Here at Synaptic Cycles, we offer eBike, road, and mountain bikes for your journey. (Plus: did you know we offer to pick and deliver – AND repair?)

The past year was one many spent not just in their seats, but with their seats firmly planted on a bike saddle. Bikes sales took off when the pandemic hit, and already by April 2020, they were up 75 percent over the past year.

With summer around the corner, many might not yet be ready to board planes or cross borders — especially with less than a third of Americans fully vaccinated. But there are countless gems to explore from the newfound safety of a bike saddle.

Think of bikepacking like backpacking, only on your bike, though backpacking can be a little more forgiving. The bike carries the weight for you. And if you ask the experts, the bike you ride doesn’t matter so much as long as it’s comfortable. Sales data from early in the pandemic showed a spike in purchases of both mountain bikes and more casual, basic bicycles under $200. Either works for bikepacking. The limiting factor is where you want to go.

For bikers who started cycling during the pandemic, longtime hardcore cyclists or anyone looking for a new way to travel, bikepacking can be safe and affordable. It takes all comers. All you need is a push out the door. Here are some tips to get you started.

Amateurs and professionals alike give all sorts of reasons for why they bikepack, but the original impetus is often pretty simple. Lael Wilcox, for instance, didn’t drive, but she wanted to see the country.

She did her first tour from Portland, Maine, to Montreal, and then down to Key West, Fla. It was 2008, and she was 20. She had no idea what she was doing.

“It was just diving into the deep end,” she says. “I thought, ‘Every day I’ll ride about 50 miles. I’ll bring a tent. I’ll find somewhere new to sleep.’ but then you realize, ‘Where can you camp? Where can you get food? What can you eat along the way?’” She quickly learned from experience. “The desire comes first,” she says. “Then you’re like, ‘Well, how do I make it work?’” 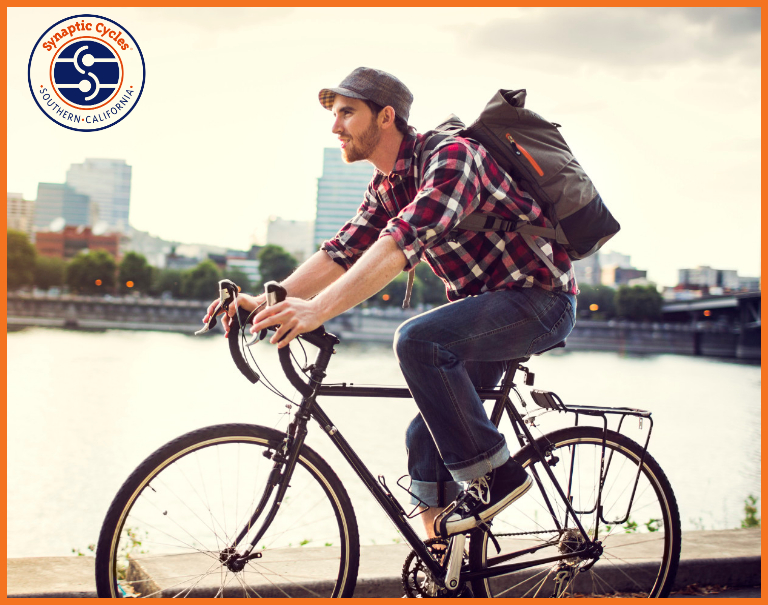 Do a test run

To start, professional mountain biker Kait Boyle recommends going for a “shakedown” ride, using whatever bike and camping gear you have.

Boyle’s shakedown was in 2011, on the Kokopelli Trail in Utah and Colorado. She had not heard of bikepacking, but thought to ride her bike with her backpacking bag. The backpack proved to be uncomfortable because of the weight it put on her hands and how it left her top-heavy, but the ride went well.

“Kokopelli, that was really like a first-date bikepacking,” she says. She got saddlebags for her next ride, a month-long ride on the Great Divide, which runs from Alberta to New Mexico. “That’s what really got me hooked.” Today, Boyle is an ultradistance mountain biker and a co-founder of Bikepacking Roots, a bikepacking nonprofit.

Like with Boyle and the backpack, discomfort is one of the biggest barriers to bikepacking, and some things only become clear after you put in the miles. Colin Mealey, Adrian Blust and Tom Jackson did a few test runs in preparation for a bikepacking trip across South America in 2017, but it was only halfway across Ecuador that they appreciated the value of a good saddle. “There are three places where you touch a bike that matter,” Mealey says. He is referring to your two hands and your seat.

The Maryland-based music teacher also recommends handlebar grips, which alleviate pressure by allowing you to switch hand positions often. A saddle and grips are each worth spending about $100 on, he says.

But beyond seeing to your rear and hands, the next thing is to keep your bike weight down.

“If my bike is light,” Boyle says, “then I’ll have more energy, which means more fun riding.” Boyle has even torn up books into sections and shipped them ahead to herself, rather than carry a whole book at once. She also ships herself amenities, such as clothes for town or even her laptop when she was finishing up her graduate degree.

Is entirely contactless travel possible? I planned a trip to find out.

Wilcox keeps her bike light as well, and despite the gear-heavy bikes you see on social media, she notes she started on a 1980s road bike that couldn’t support a frame. She used only a seatpost bag and a handlebar bag. Following that first tour, she upgraded to a modern touring bike, but she later regretted it.

“It was so heavy that I lost the joy of riding,” she says.

What Wilcox later appreciated is that any bike breaks at some point, and you can only prepare for so much. Lube your chain. Bring a hand pump. Have good tires. Sometimes Boyle ships extra chains ahead to herself or brake pads.

Zip ties can be handy, too. In Bolivia, they saved Blust when his rear wheel kept falling out because of a broken quick release. Otherwise, you can only address major mechanical failures when they happen.

For Bruno Gretzinger, that was somewhere on a stretch of hill in Paraguay in 2018. Only a few weeks before the end of his bikepacking tour across South America, the axis connecting his pedals broke while he was pedaling to carry the momentum of a downhill into the next ascent. He rolled his bike to the next village, where someone led him to an auto shop. They welded the broken pieces back together. It was just enough to carry him through the end of his trip.

With those basics in mind, it just depends on how you like to ride or where you want to go. You can find established routes on websites such as bikepacking.com and adventurecycling.org, or on apps such as Komoot and Trailforks. But also, as Wilcox says, “you can craft your own adventure.”

Take a note from Gretzinger, who came up with an original way to bikepack this past winter.

He combined bikepacking and skiing for a two-week trip through the French Alps, riding his bike up mountains and switching to skiing, with his bike on his back, for descents. Riding through town, passersby would comment on the skis fixed to his bike. His test run included hikes where he carried the bike. 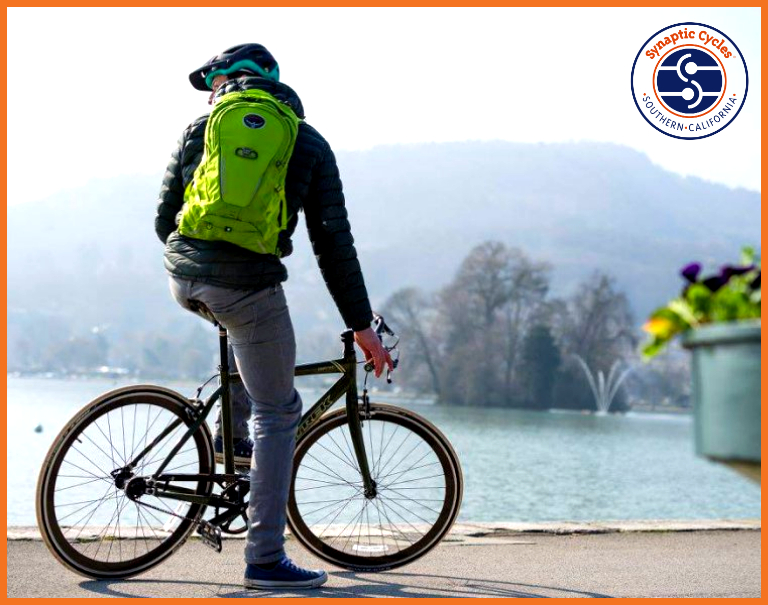 Be open to the road

For Boyle, there have been whole days that she has spent in the tent because of rain or enjoying the view at the top of a mountain. But the moment she cherishes most comes from a ride she and a friend did in 2018 from Arizona to Colorado.

It was June, and they planned to go through higher elevation terrain where they could find more shade. But because of the risk of wildfire, the way through the forest was closed. Instead, they rode through the Navajo Nation (the 27,000-square-mile reservation extending into Utah, Arizona and New Mexico). “It turned out to be the most powerful bikepacking trip that I’ve been on,” she says.

Outside the local chapter house, a communal meeting place, they were getting water when a man pulled up in a pickup truck and introduced himself. He ran a local nonprofit growing produce using sustainable practices and teaching people how to use it. Notably, the Navajo Nation is a food desert. He spent a few hours with them, chatting and giving a tour of his farm in the hot, midday sun.

“You just wouldn’t have known it was there, and that’s the beauty of bikepacking … you interact directly with the landscape in ways that you could never plan,” Boyle says.

From avid cyclists to curious travelers, we have the right bike for every journey and biker. Synaptic Cycles offers one of the best road bike rental fleets in Southern California. Let us bring a clean, well-maintained bicycle directly to you. Call us at 949-484-6409 or visit our Synaptic Cycles Facebook Page.

Synaptic Cycles
5.0
Based on 74 Reviews